Lets see what the Adafruit receiver module can do. 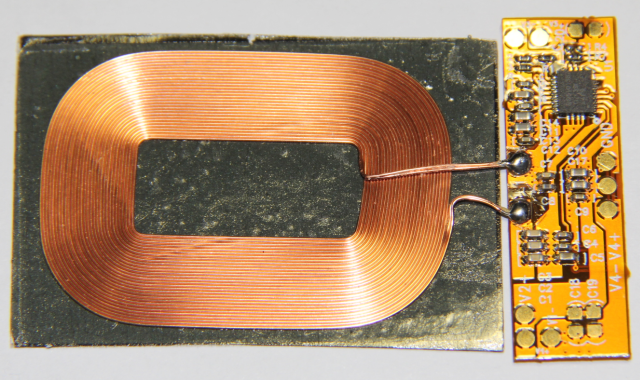 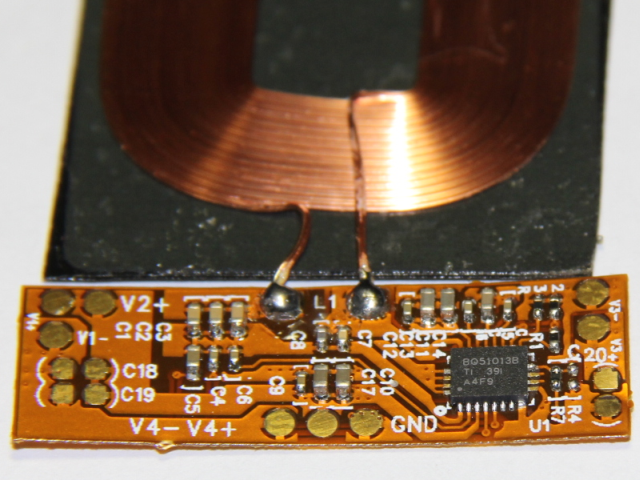 The chip used is a Texas Intruments BQ51013B, that according to the datasheet should be able to provide up to 5W. At 5V that would be 1000mA. Matching Jolla's external 5V port specification. 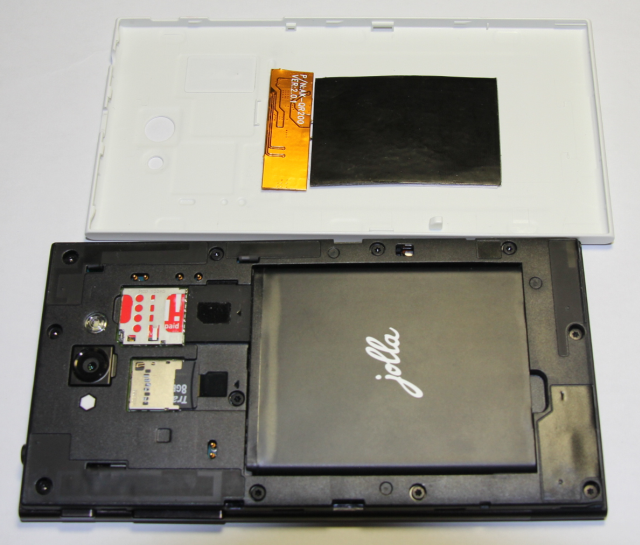 Some quick mechanical test shows, that it would fit in length and width without any problem. And since Adafruit uses a very thin PCB, I found that closing TOH is still possible.

For the tests I had the coil and the PCB laying completely on the battery (position relative to the phone more like in the picture above).

One could think about moving the receiver up and use the SD card indention to "level" the chip (like in the picture below).

What it comes down to is, that even for the thin Adafruit receiver, we better design our own special QiTOH, that leaves enough room for the receiver. 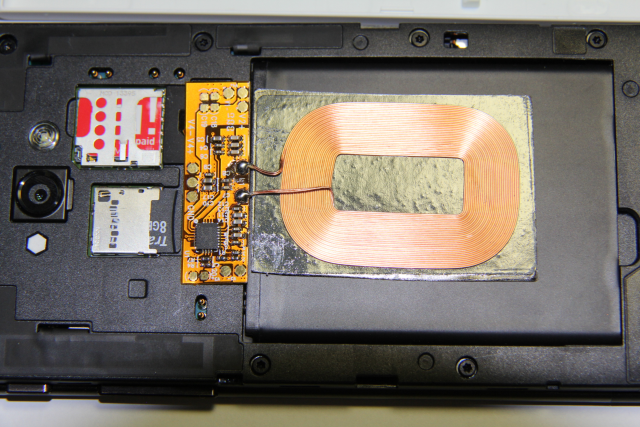 Lets try to use the Adafruit receiver to charge the Jolla. 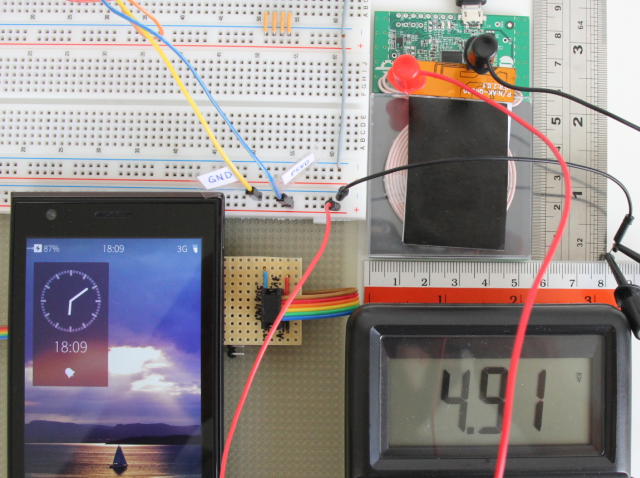 Using the 12W USB power supply from the later IDT receiver experiments, we see around 5V and 540mA at a charging state of 87%. 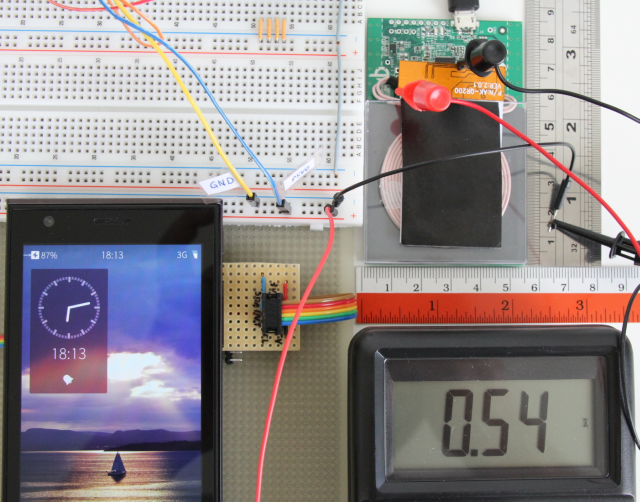 It is also not as good as the 900mA Mano measured in his experiments. But for those we do not know how far his battery was already charged. 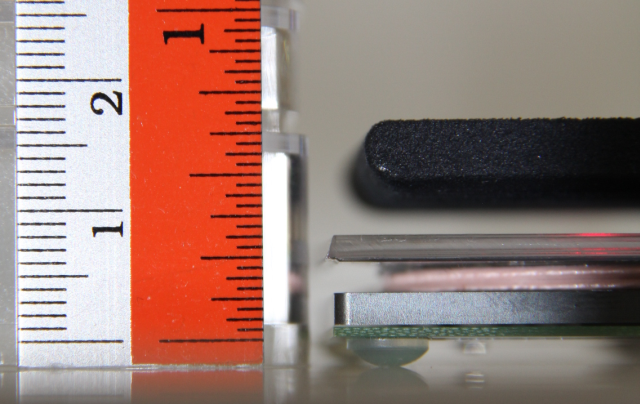 Finally, for the sake of completeness (and because I like the picture): Also the Adafruit solution manages an airgap of up to 5mm, before cutting the connection between transmitter and receiver.