First up the IDT receiver module. 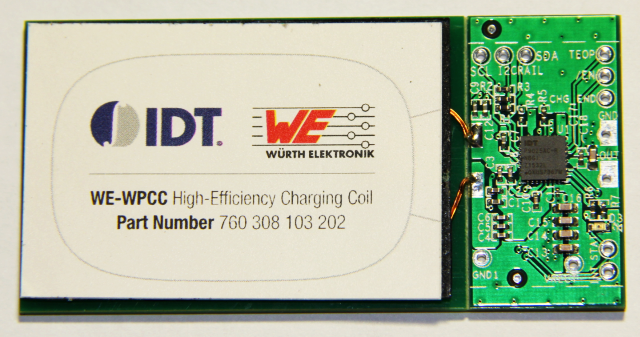 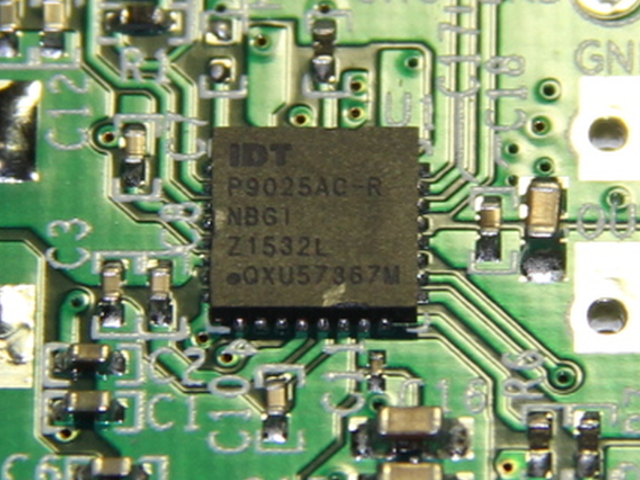 It's chip is IDT's P9025AC, that according to the datasheet should be able to provide up to 6W. At 5V that would be 1200mA. More than enough for Jolla's external 5V port specification of 1000mA. 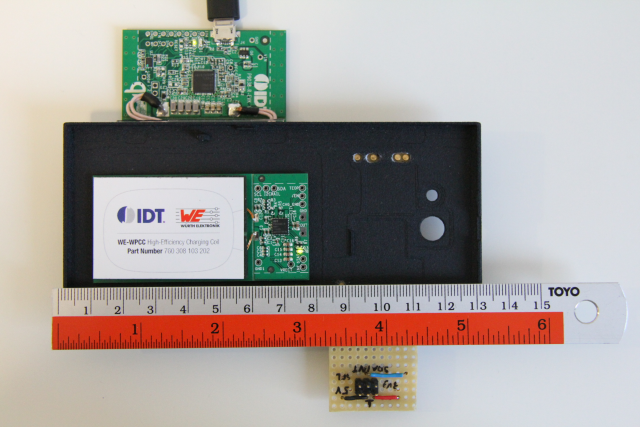 A quick mechanical tests shows, that it would fit in length and width. But since the evaluation kit uses a standard PCB, there is no way of closing the TOH.

The LED on the module indicates, that the TOH itself does not stop the module form working. 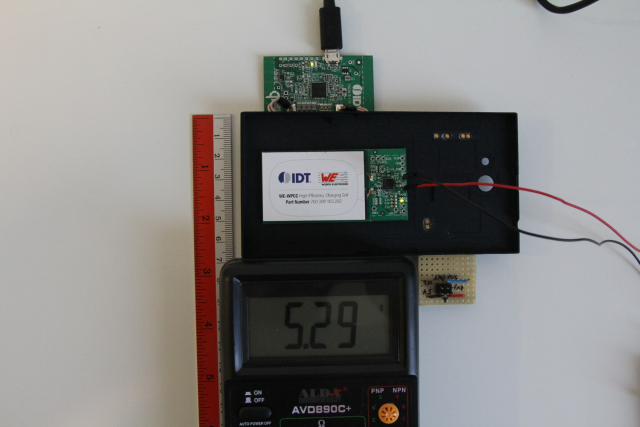 In fact you can have an airgap of up to 5mm, before the connection between transmitter and receiver is lost. 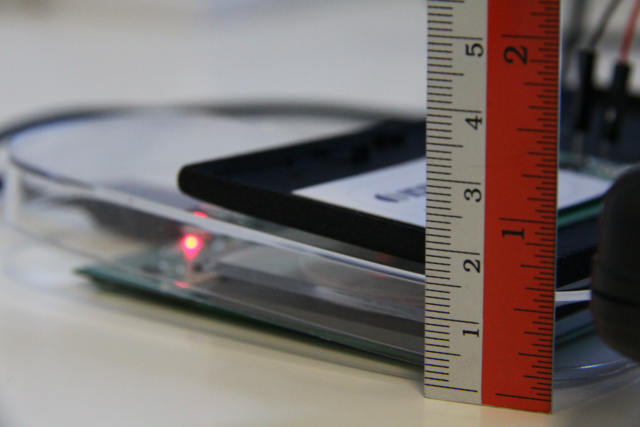 So lets hook it up the Jolla using TinkerTOH and do some quick measurements. 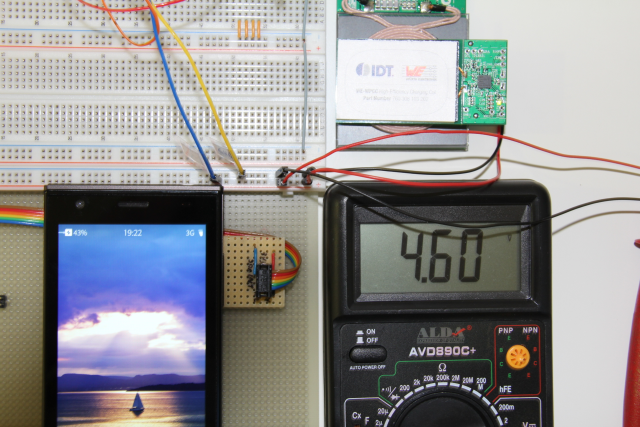 Using the Jolla power supply, as suggested in the first part, the voltage drops to 4.6V and only 650mA (at a battery charging state of 43%). In the light of the following tests, this suggests that the power supply of the phone might be the limiting factor here. 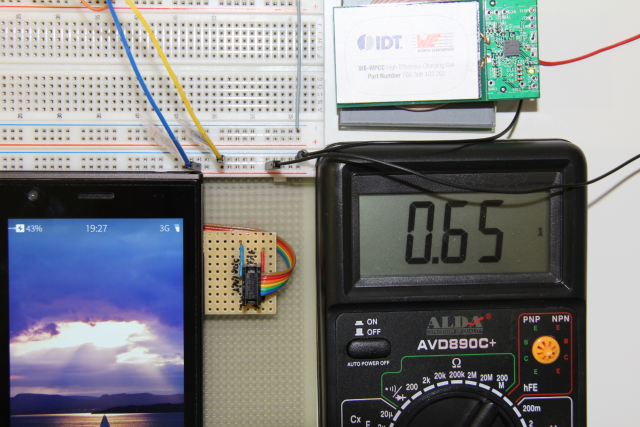 So, while it works, it might not be the optimal solution to use Jolla's power supply.

On the other hand, maybe just the rubbish connections are to blame. I will give Jolla's power supply another go with the final solution.

Another USB power supply, I have around, is specified with 5.2V and up to 2400mA.

This should be enough to drive the system at full power. 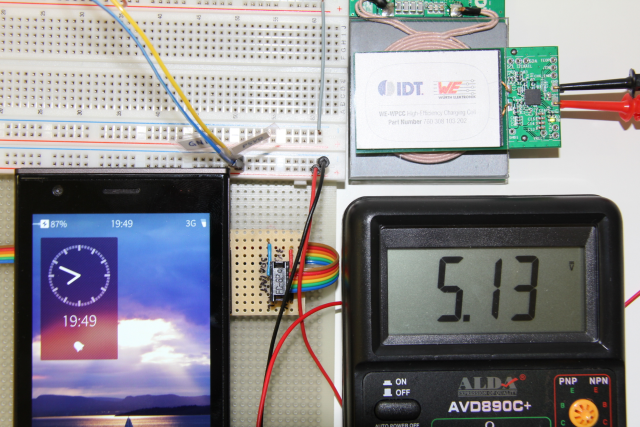 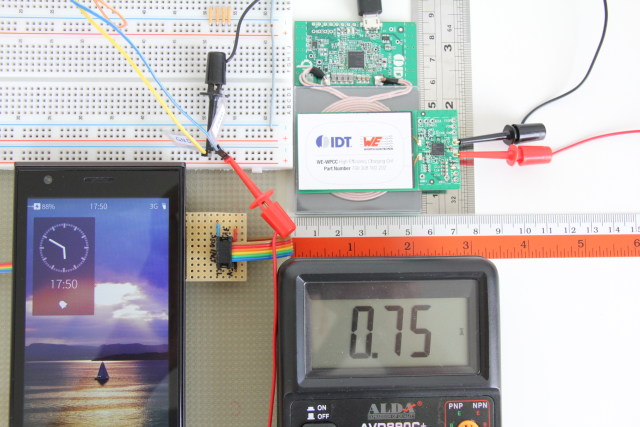 I blame this on the fact, that the current depends on the battery charging state:

All measured with display on.

At 100% with display off the phone still draws 200mA. But that continuous to drop, if you wait a little longer (now about 50mA, while the LED is faiding on and off).

Once I have decided what technology I'm going to use, I will make a few more extensive test-runs to get some data about charging times and currents curves.