Last year I had to leave town, before the spare TOH I ordered from Jolla arrived.

That actually turned out to be a good thing. Considering the latest developments around the Jolla company, it seems, that original TOHs might actually become a little to valueable to be wasted in lab experiments.

In the meantime I got my ShapewaysTOH.

Not only that these are much more affordable (about 1/3 of the price), they are also much more easy to replace, if you mess up.

Time over christmas is of value, especially if the parents in law are in town. So I did not have much time to spare in the shop.

I know I should have measured everything and make a mask before I drill holes, but... 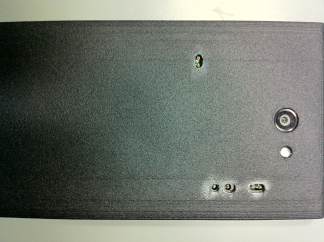 What did you expect? The result is kind of messy. But it will do!

So lets quickly cover it up.

I first tried to use hot glue, but that did not work out so well. The glue needs to much space and seperates the board to much from the phone, so that there is no contact.

Lucky enough it came off quite easy (Which might have actually created a problem later, if it would have worked in the first place). 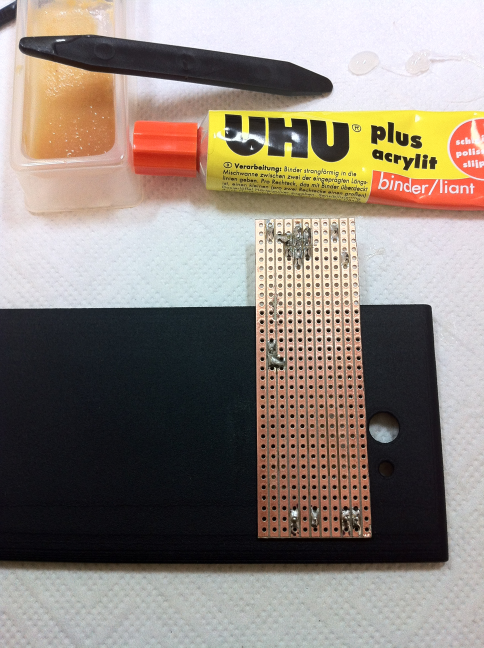 For the second try I used an acrylic two component glue.

This one works great: 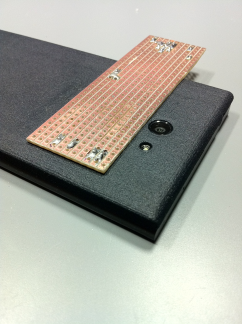 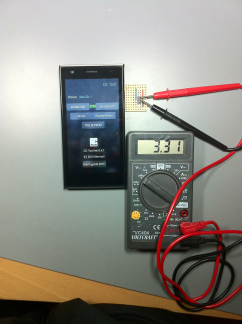 Some preliminary test shows, that at least the 3.3V output of the phone works as expected.

Putting it all together

Back in my other Shop, I could not wait to put everything back together and see if it is working correctly. 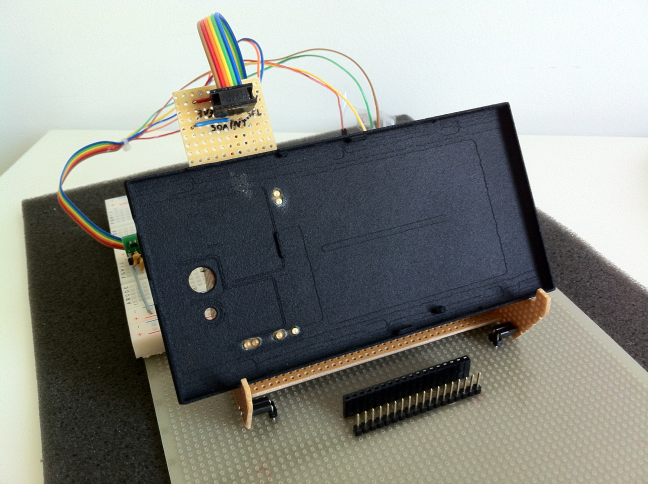 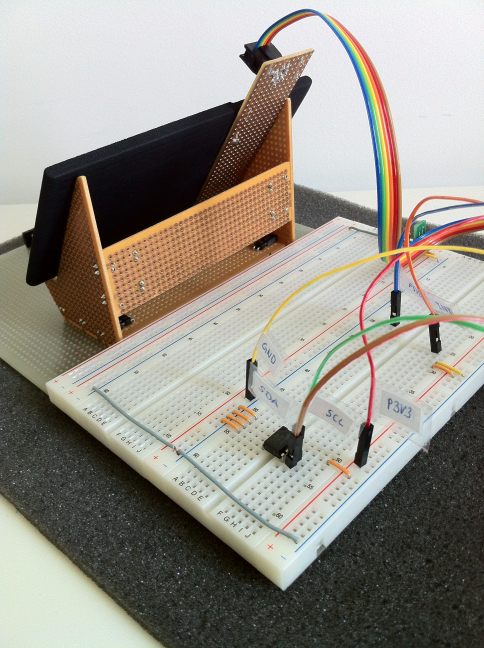 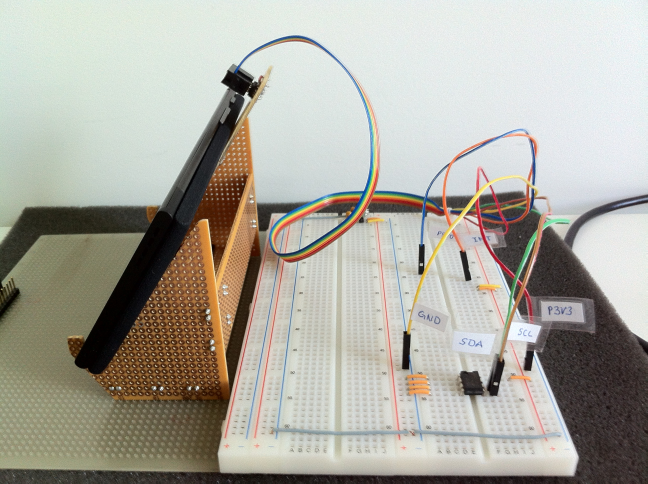