Now we have MCU Motor Control over the R1, it would make sense to know how fast each motor is actually turning.

So what we need is some means of Rotation Per Minute (RPM) measurement.

After failing to reliably detecting some black markers on the wheel driving gears, the next idea was to drill a couple of holes into those and try to detect them using an ELI TR9904 reflective light barrier.

While during some priliminary tests the detection was good, unfortunately it turned out, that even at full speed the number of holes detected per second would never be enough to get a reliable control signal for the motor controller.

So the next question was, if one could actually detect the teeth of the gear one up. 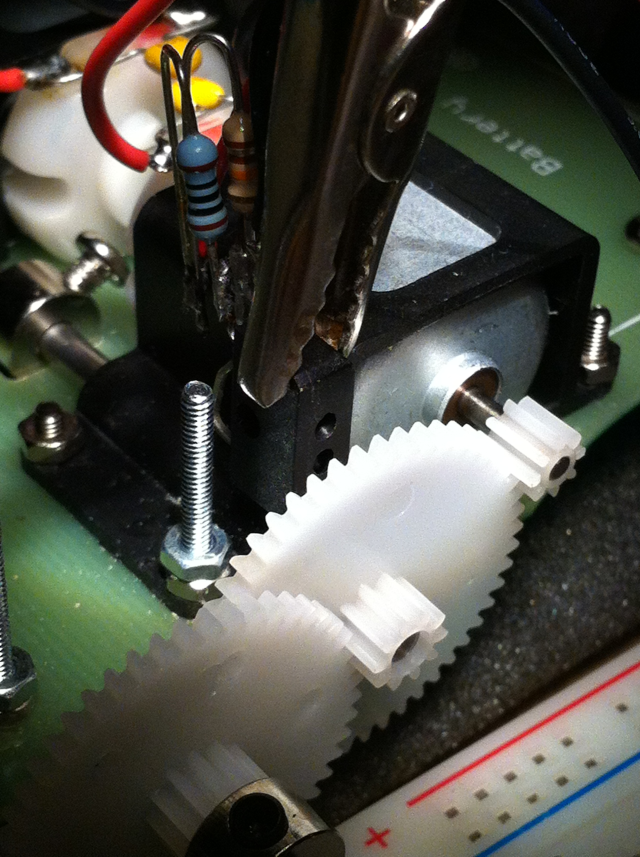 It turns out: Yes you can, but it ain't pretty!

While it looks like we see all the teeth and about 7 per 10ms should be a good enough number, even under lab conditions we only get a signal of 500mV (believe me, I really tried to optimize the position).

Under real world conditions, it is nearly impossible to rely on such a week signal. Looks like we have to try something different.