I uploaded the project to a GitHub repository

After some reverse engineering in Part 1 of the LIDAR I2C protocol used in Pulsed Light's demo for the Arduino UNO, lets now see if the new gained knowledge is any good for a different platform. 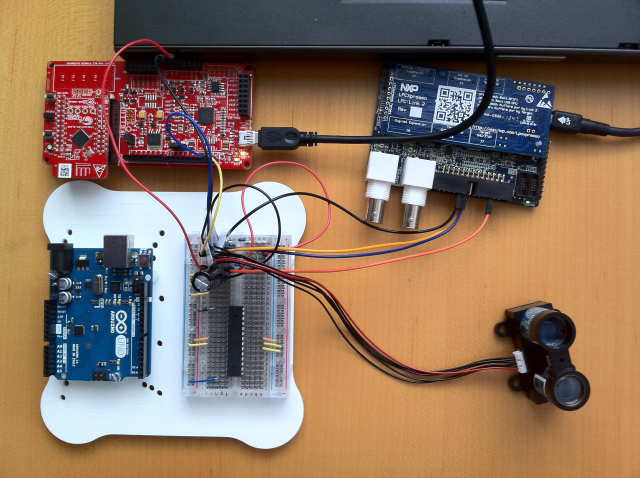 I'm using the Cypress CY8CKIT-042-BLE Poineer Kit, with the CY8C4247LQI-BL483 daughter board mounted.

Since the Pioneer Kit has Arduino UNO compatible headers, re-wirering is just a matter of switching the cables from the Arduino to the Cypress board 1:1.

To test the protocol independent of any implementation details, I used the Bridge Control Panel Application. This programm is part of the Windows-based PSoC Creater IDE, that Cypress provides free of charge. 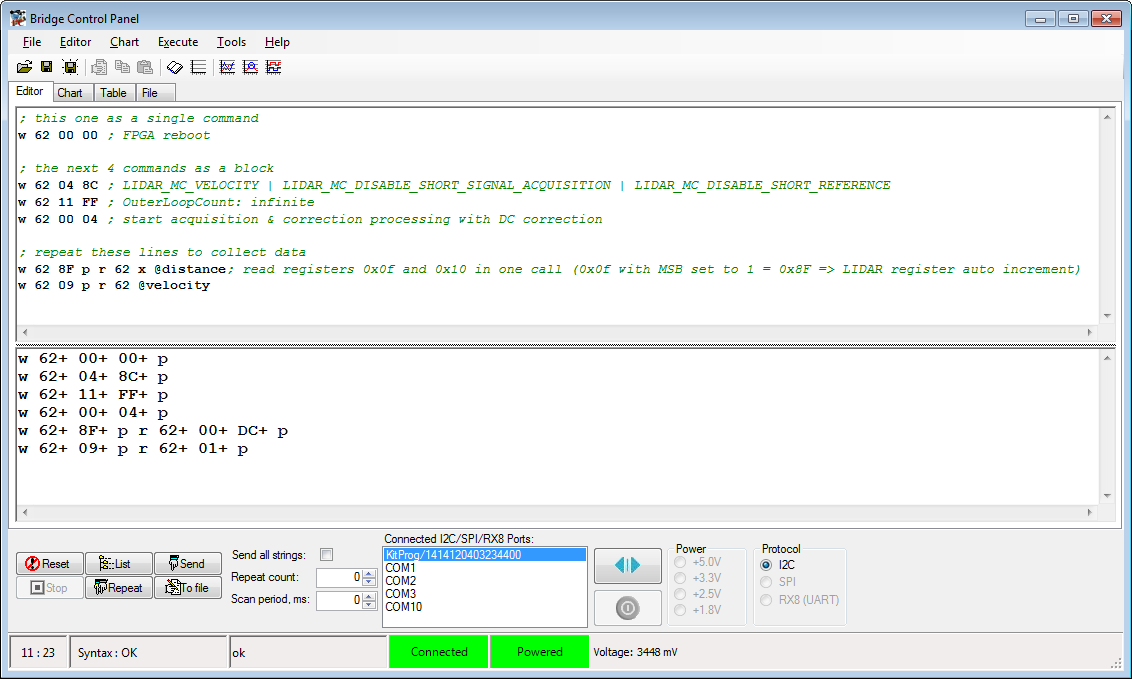 The tool allows us to script sequences of I2C commands.
(You can find the CommandScript.iic in the BridgeControlPanel sub-dir of this project's GitHub repository.)

In the top part of the Editor panel you write the commands.
The bottom part shows the responses.

Putting the cursor in one line of the top part of the Editor panel and clicking the Send button, sends the sequence over the I2C bus.

Selecting multiple lines in the top part of the Editor panel and clicking the Send button, sends all the selected sequences over the I2C bus.

For values to read, you usually put a x in the command sequence at the position of the byte to read. 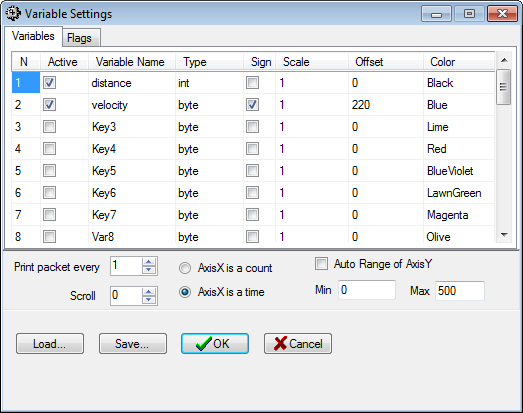 To be able to use advanced features of the program, you can define vatiables using Chart|Variable Settings.

These variables can than be used in the positions where usually the x would be expected.

The VariablesSettings.ini can be found in the BridgeControlPanel sub-dir of this project's GitHub repository.

After defining variables we can now use the chart functionality of the Bridge Control Panel application to visualize changes, measured by the LIDAR.

Select the two last lines in the Editor panel:

Switch to the Chart panel and click the Repeat button: 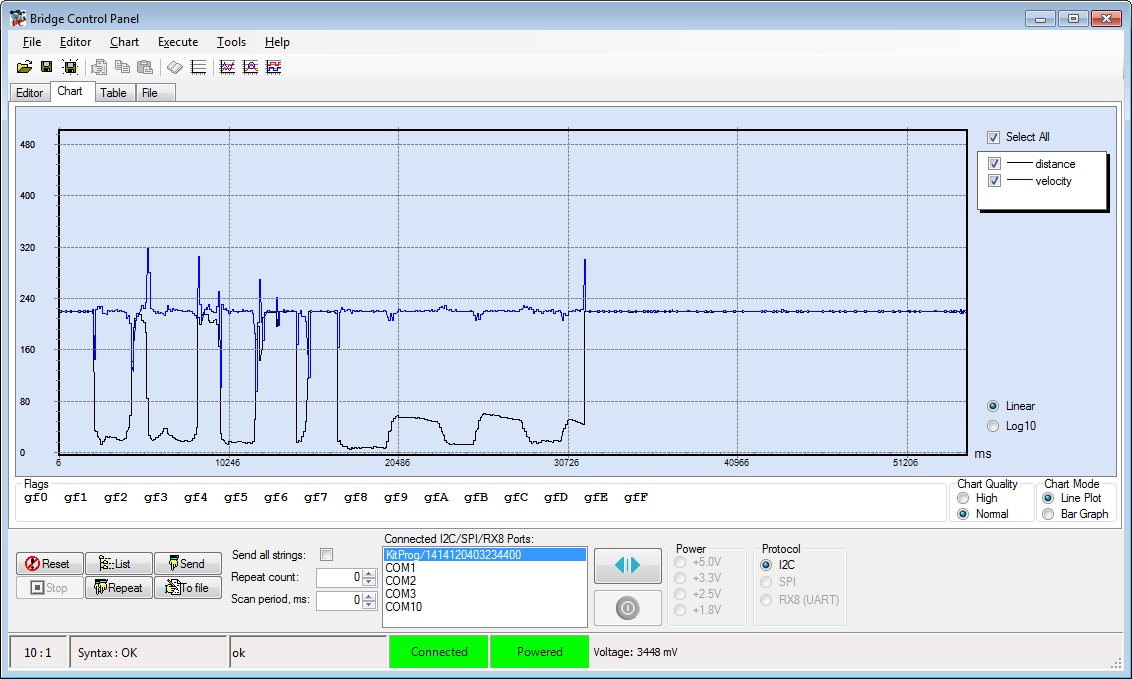 Having the basics in place, we can finally start developing the firmware.

The PSoC configuration in the Creator Software is pretty basic: 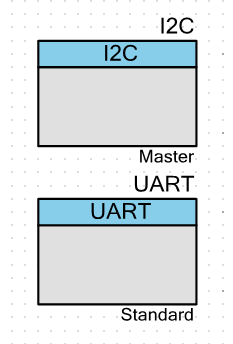 We use an I2C Master for the MCU-LIDAR communication 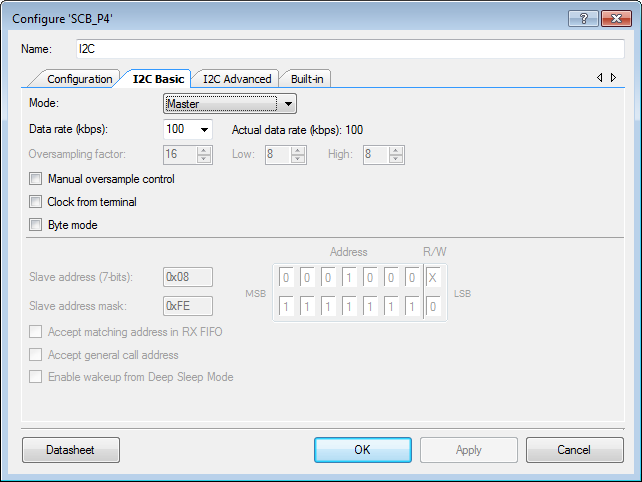 and a standard UART for the MCU-COM communication 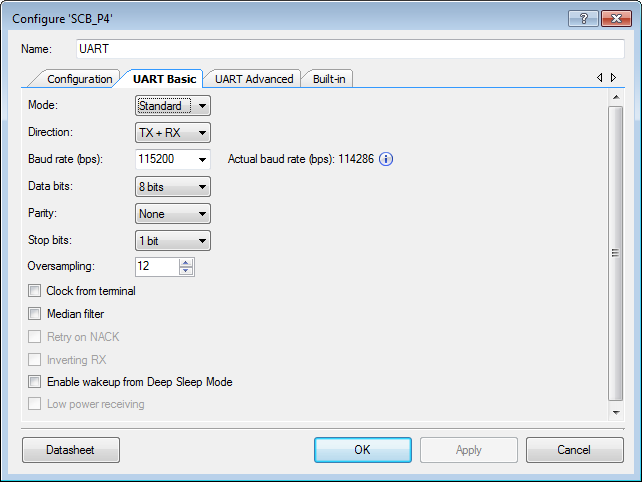 The pin-mapping is dictated by: 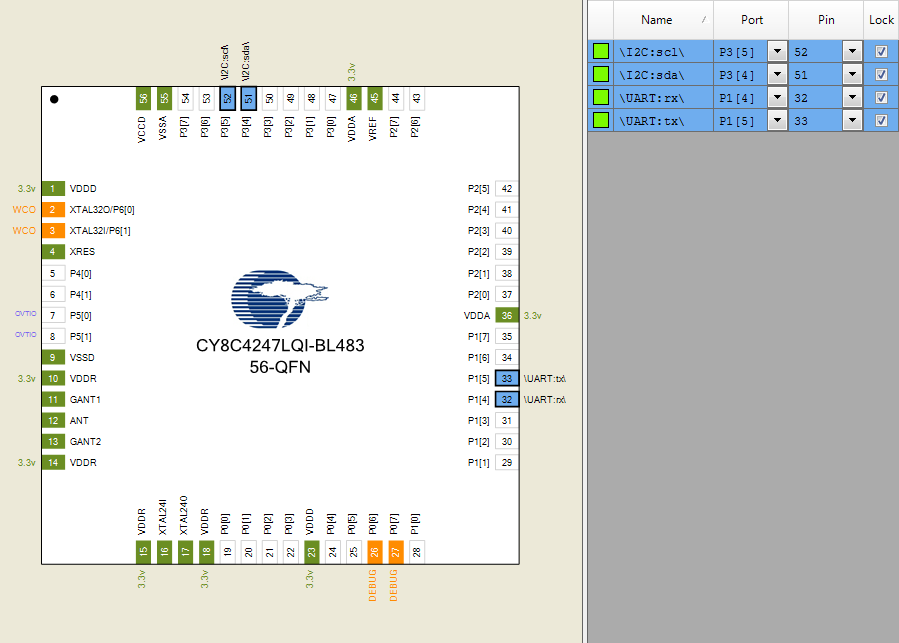 The Firmware source code starts with some definitions to make the code more readable:

In the next lines we declare the LIDAR I2C messages we are going to send:

The main() function (at the end of the file) controls the whole operation: 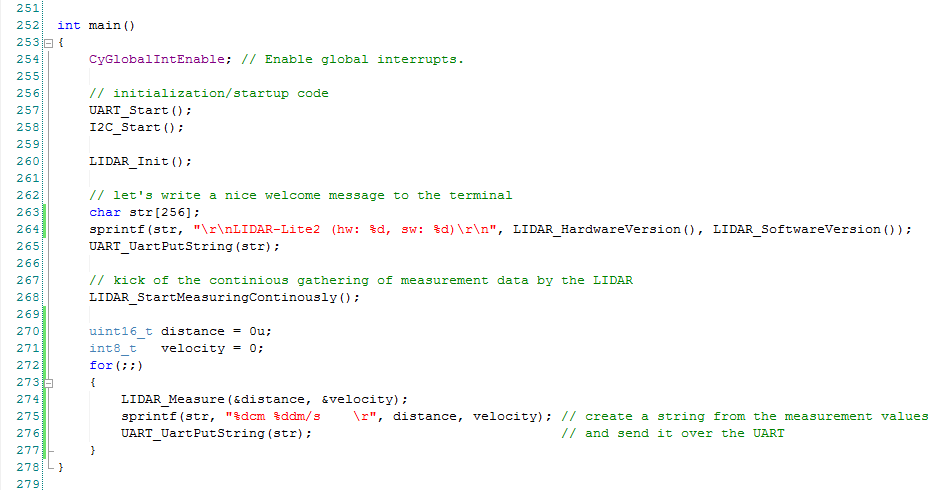 This is pretty much standard code for initializing a PSoC.

At line 260 the custom code starts:

At this point the initialization is done.

We declare a variable for each of the expected measuremnt results and enter an infinite loop.

In that loop we:

Lets now dive a little deeper into some of the custom functions.

It also implements a simple algorithm for averaging over a given number of measured values. 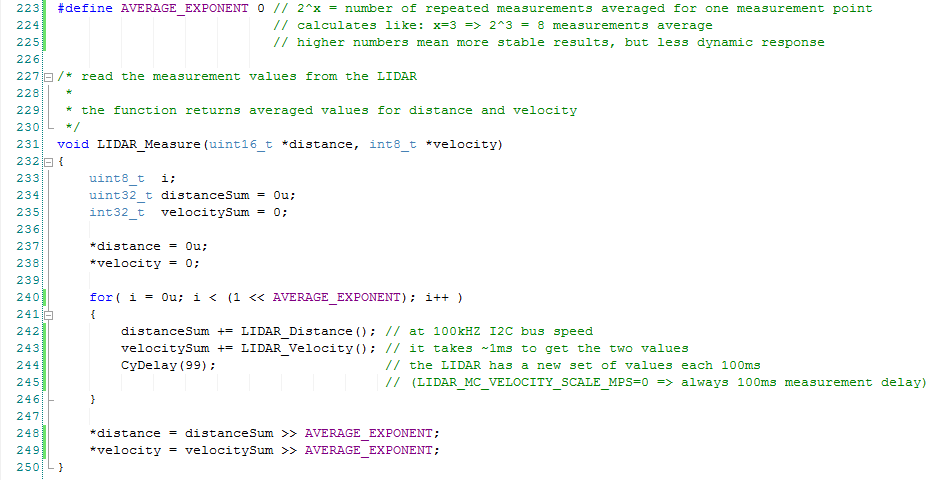 is a helper function, that actually sends a message to the LIDAR via I2C using the build in I2C_I2CMasterWriteBuf() function.

The function also implements some error recover and reporting functionality. 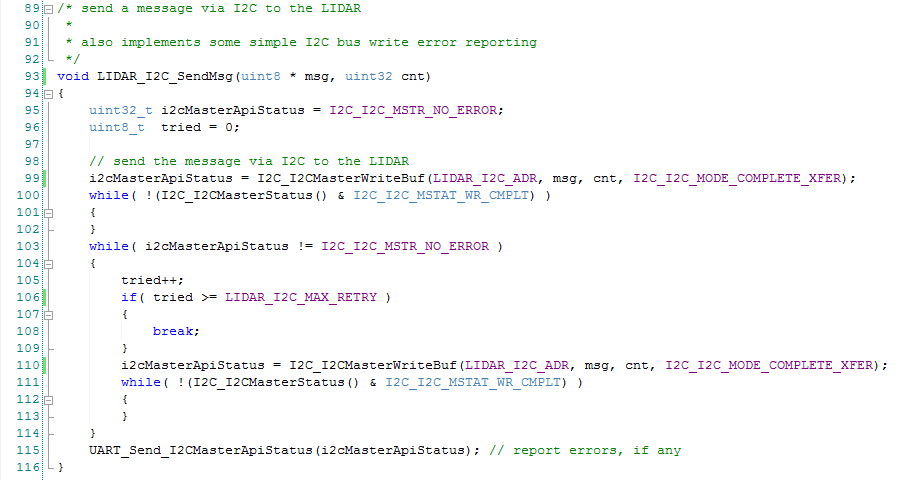 reads a number of bytes (cnt) from the I2C bus into a buffer (*buf).

The implementation is equivalent to LIDAR_I2C_SendMsg(), we just use the build in library function I2C_I2CMasterReadBuf() to read bytes from the I2C bus.

is a helper function, that forwards I2C Master Api Errors as text strings over the UART.

If everything works as it should, you should see a result similar to this

Moving the sensor (or something in front of it) should change the values displayed accordingly.