For my R1 project I was looking for an MCU that could:

Since the 8bit ATmega328P is really a pleasure to work with and since I collected a lot of stuff from Atmel over the last year for other projects, I thought my best option was to use there WINC1500 WLAN module for the PC connection.

The Atmel Xplained boards I have (like the one for the WINC1500) are nicely supported by their IDE "AtmelStudio", but the are a little bulky for being carried around by my little R1. 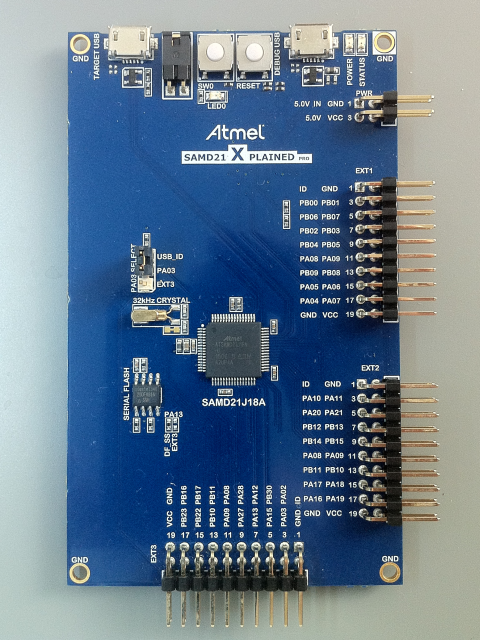 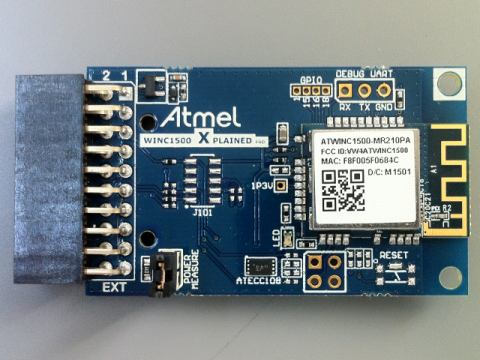 Sourcing the Net for parts to build my own design, I ran into a company called Adafruit and it looked like they are selling pretty much the perfect package ready made:

These modules come in Adafruit's very compact Feather format sharing a common interface layout. By using some long contact headers you can stack different Feather modules on top of each other, avoiding a lot of cables.

It just sounded too good to be true...

All started quite innocent. I just followed the instructions on Adafruit's web site for the FeatherM0-WiFi setup:

I got an error at the end, but the LED blinked. So I did not worry too much about it.

That changed, when I tried to upload the OLED demo.

All of a sudden there was no response from the board anymore.

To cut a long and very frustrating experience short.

The FeatherM0 has some serious issues:

Adafruit has some serious issues too:

What you need to solve the problem is:

Running an Arduino sketch on the FeatherM0

What we have gained

Having said that, IMHO, if you are serious about MCU development, you should do that anyway or maybe have a look at the products of Cypress. Their (also free of charge) PSoC Creator IDE is in my opinion by far superior to AtmelStudio and their inexpensive PSoC hardware plays in a completely different league.